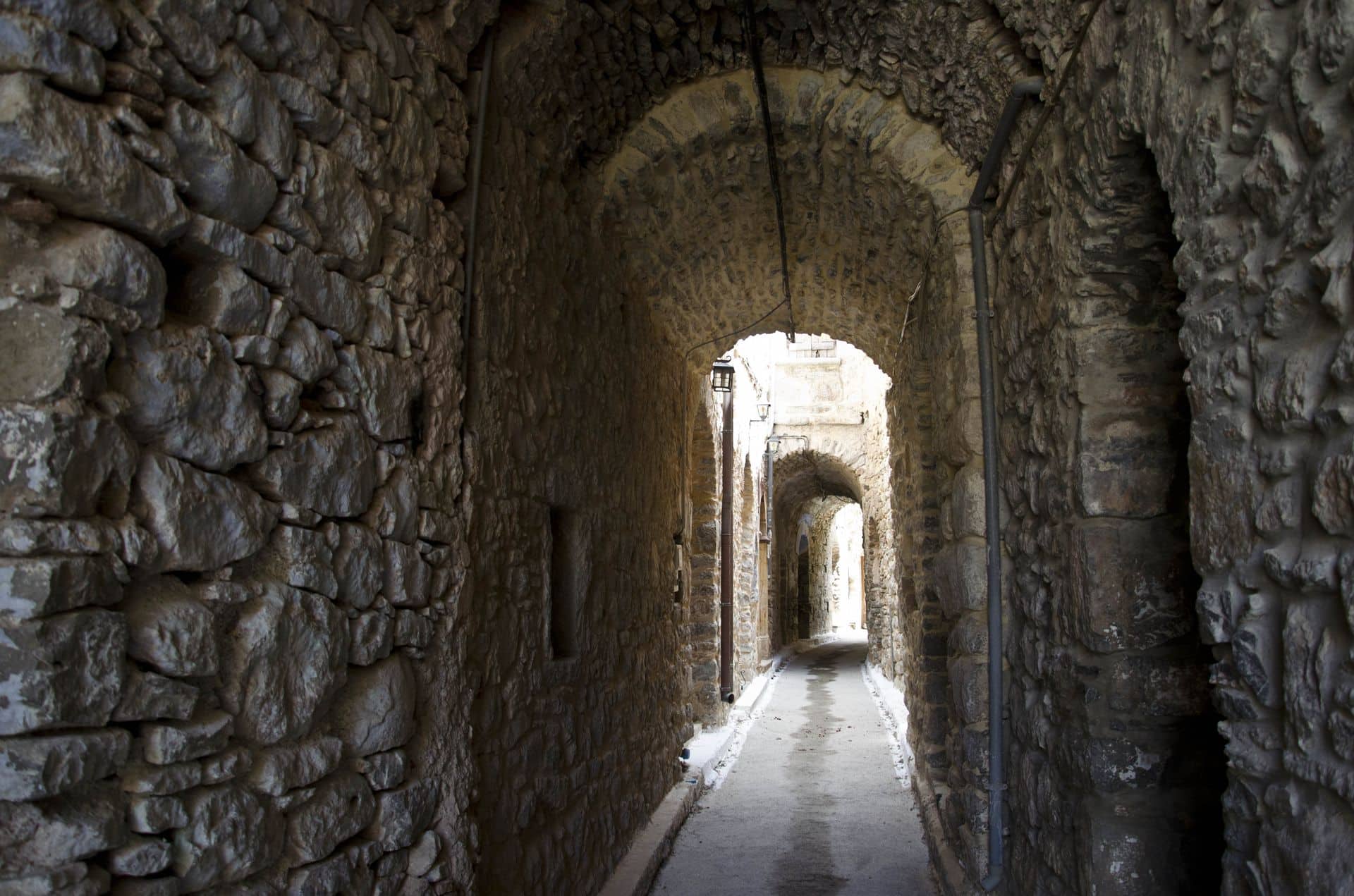 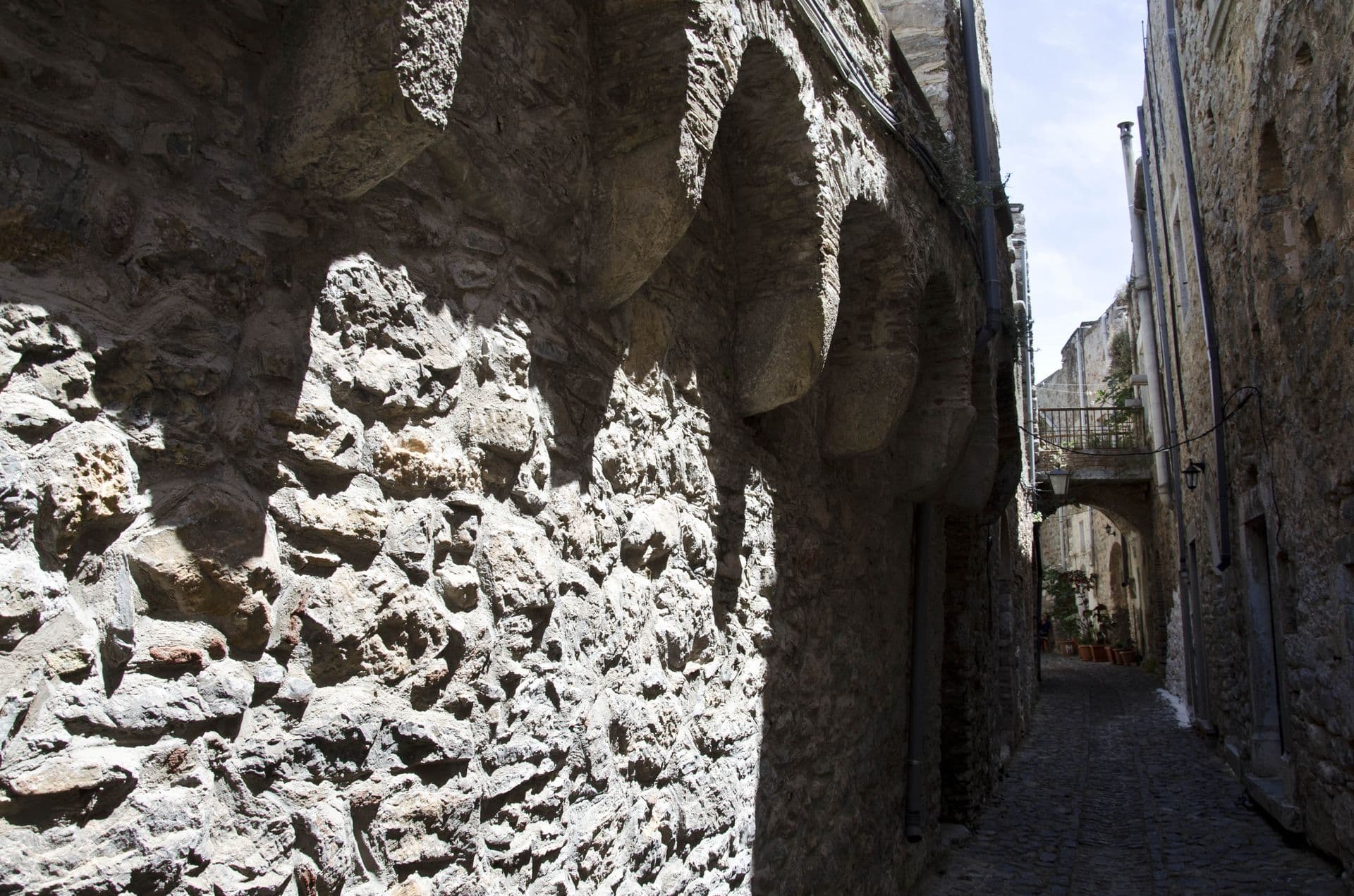 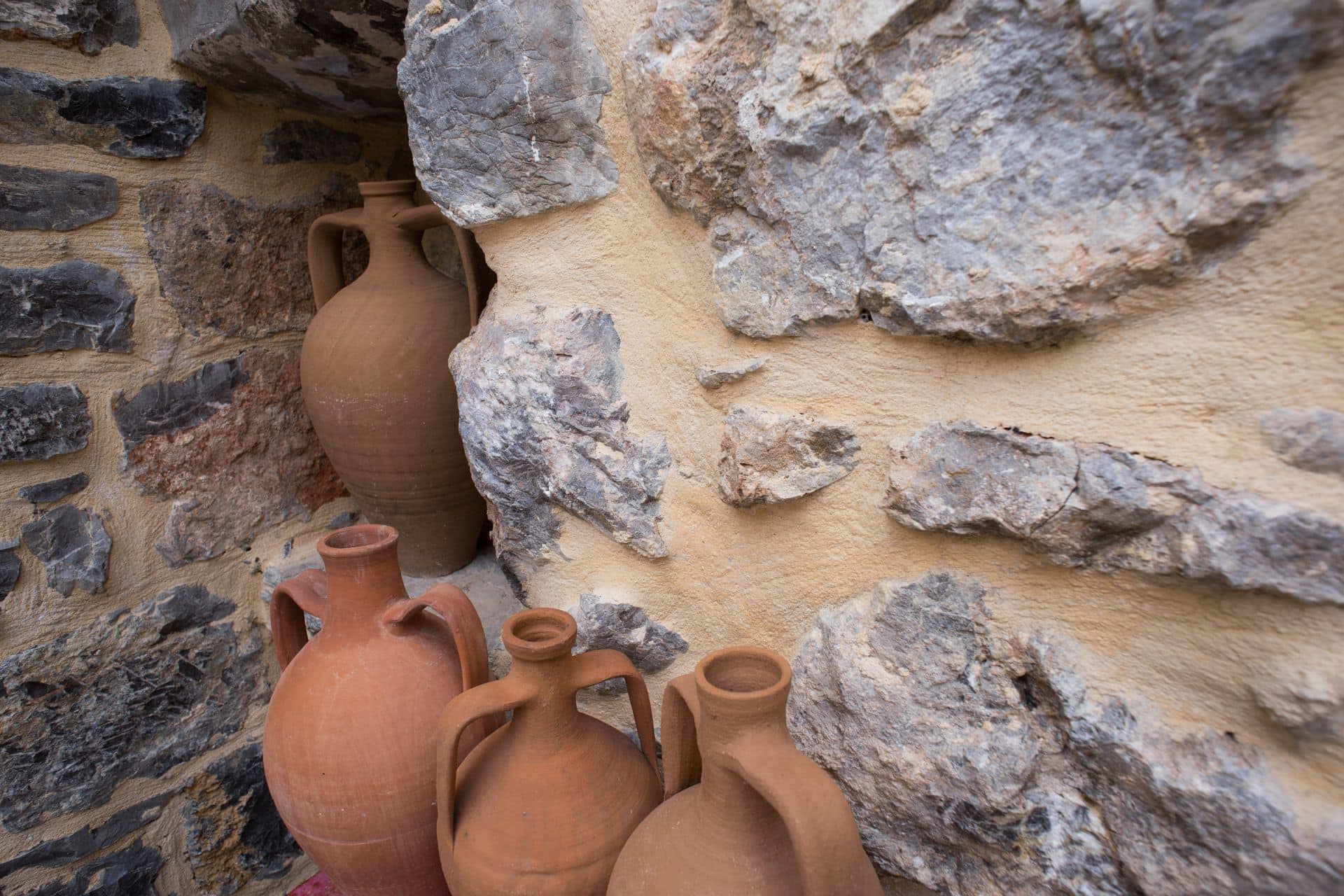 At the south-western end of Chios, on a small valley, stands one of the most beautiful and best-preserved castles of Chios, and perhaps of whole Greece: Mesta!

Built in the Byzantine era, this particular castle-village was later improved as a fortress-village by the Genoese conquerors, who wanted to protect it from pirates. Mesta was and remain one of the most important mastic villages of the island, and so behind its walls, was kept the precious mastic!

Stone-Built and Imposing with Labyrinthine Alleys

The Mesta castle-village has kept its original architecture unaltered through time, although the settlement has been inhabited continuously since the medieval! Outside and inside the walls,  Mesta is formed and characterized by stone. Impressively stony are also the houses inside and outside;  the facing each other seats by the windows, the so-called “gossip girls”, are also made of stone!

The stony exterior wall of the castle is also the outer side of the houses, which surrounds the settlement as one single wall forming a pentagon. This build, kept the roofs of the houses close and at about the same height, allowing residents to run over the houses and surprise the invaders.

In the same fortification philosophy, one external small tower stands in every corner of the wall, while the entrance to the castle village is possible only through two imposing gates. Gates are the starting point of stony and covered by arches alleys, that spread like branches inside the settlement!

The interior of the village, stony and imposing, labyrinthine and light-shaded, romantically revives the feeling of another era. Perennial plants climb over the stony walls, decorating the medieval environment with yellow, purple, red and orange blossoms.

Bougainvillea, small olive trees, cute lemon trees, vines and green leafy plants break out small stony openings or pots-jars, embracing the stone and decorating the alleys. These narrow streets lead either to the square of the village, which the locals call it a “Livadi (meadow),” or to a dead end. 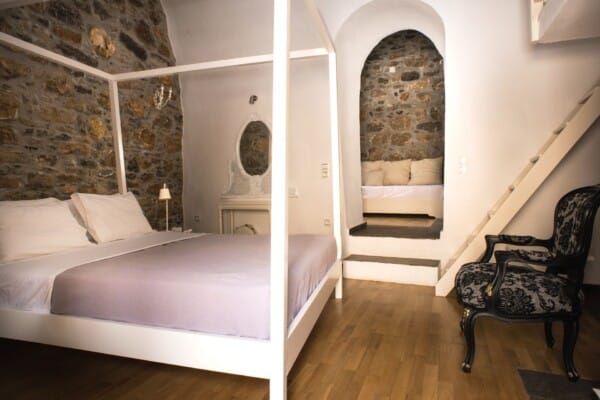 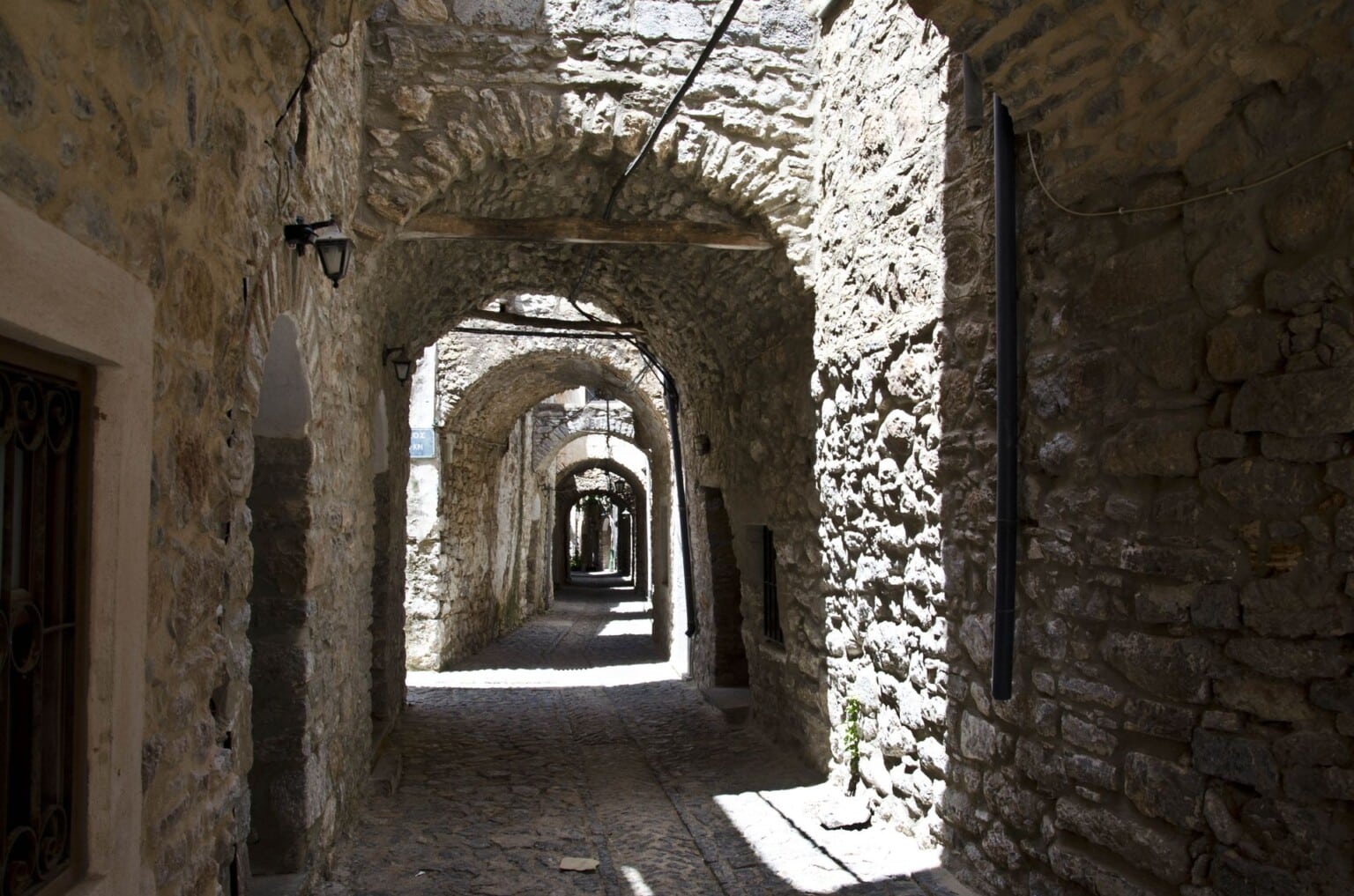 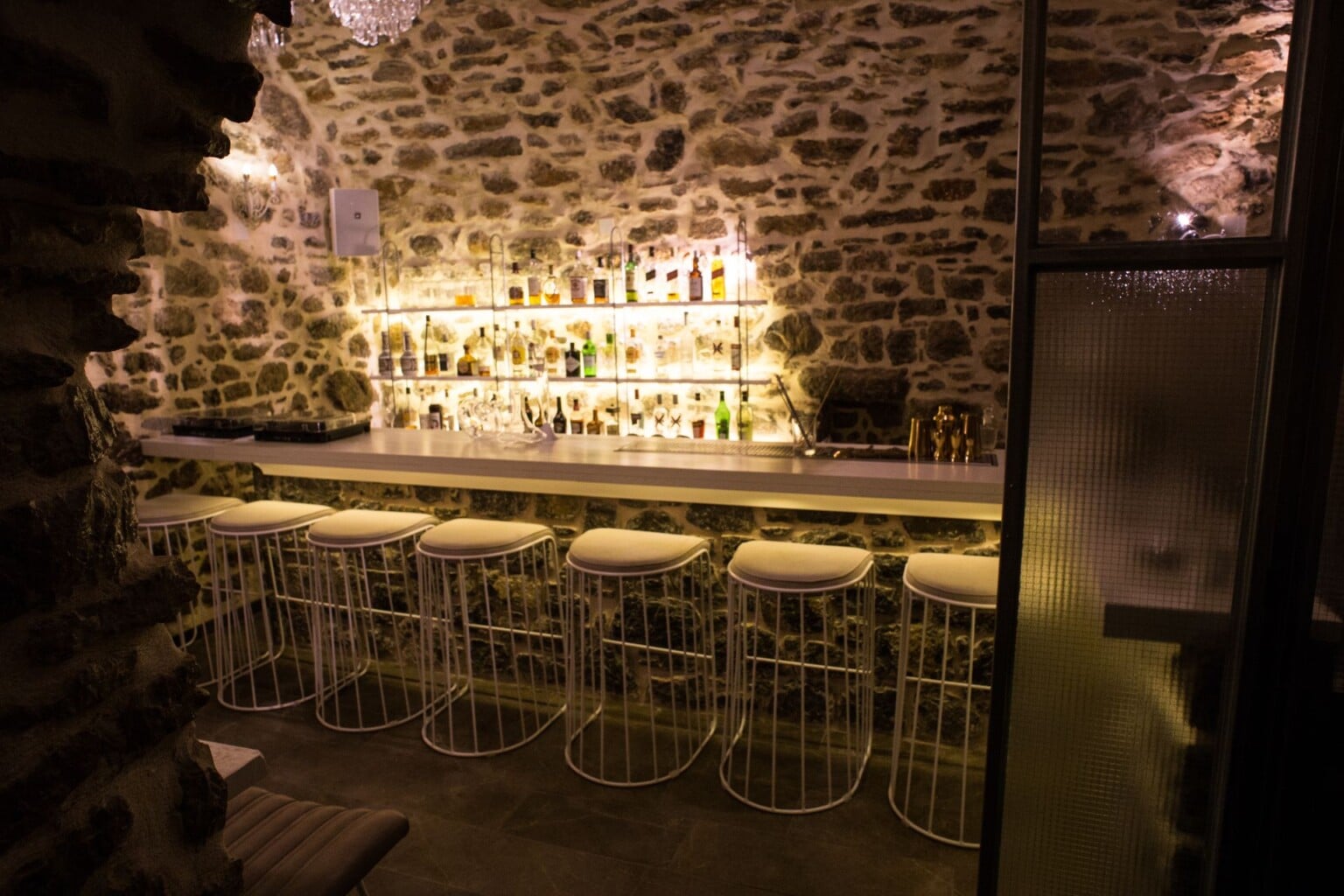 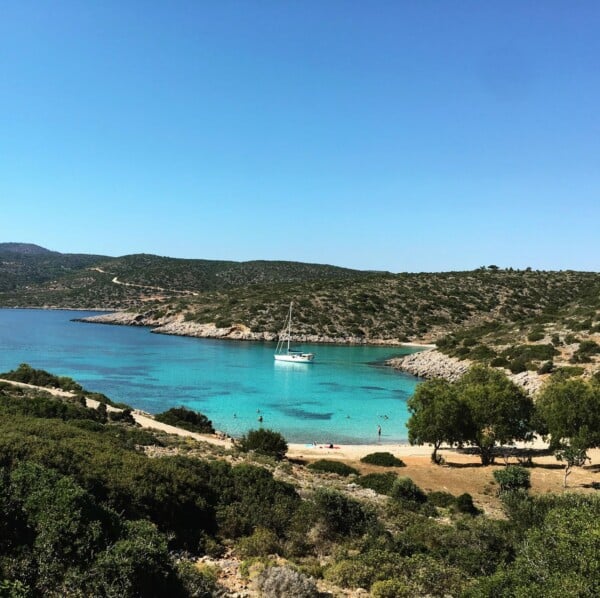